A few photos to remind you of the visit by the St Andrews University Geobus last Friday. Experiments included a mountain of flour with a hidden balloon inside providing an effective example of how a caldera is formed from a sudden explosive volcanic eruption. A simple film canister with added water and Berocca tablet created a surprisingly dramatic demonstration of the pressure build-up that occurs to create such an eruption.

We are very grateful to Kathryn for visiting and inspiring the sixth form, particularly as both year 12 and 13 are studying volcanoes and earthquakes this year! 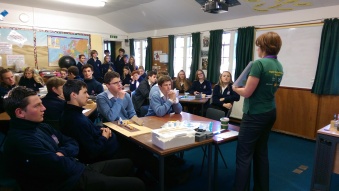 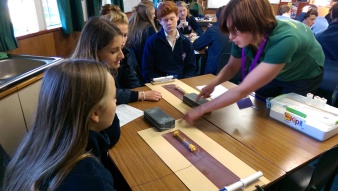 Waiting for the home made pocket volcanoes to erupt